We should approach a roundabout at a speed we can observe what the other traffic is doing in and also approaching the roundabout so we can assess whether or not we have to stop or can keep going. All vehicles in the roundabout have right of way.

We too often see vehicles stopping at roundabouts when there is no need to. The reason this happens generally is because the driver has not worked out whether he needs to stop or not prior to arriving at the roundabout.

This can cause an accident if the driver behind isn’t expecting the vehicle in front of him to stop, as there’s no reason to be stopping.

A simple method in doing this early is to do it in the following order.

Remember, you must approach an intersection at a speed to be able to stop to avoid an accident. No matter who is in the right or wrong. 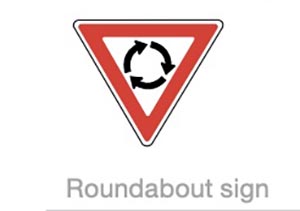 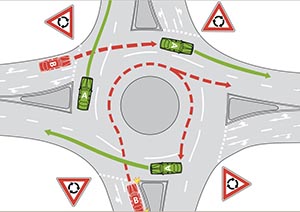